I was watching Oprah—well, not really. Her program comes on after the evening news and I had simply let the TV continue to run. Cynthia was asleep on the couch while I worked on my lap top. Oprah was running in the background. At one point it caught my attention, as some woman something-or-other was speaking about the need for husbands and wives to “connect” (or some-such-mush). Her suggestion? A ten-second-kiss. Not a peck; but a real, moment engulfing kiss. It got me to thinking.

Over four decades of married life Cynthia and I have had a habit of not allowing one of us to leave home without a kiss goodbye. We started the tradition, actually, before we married—but that’s another story.

But those who have been married for a while know it is easy to get into the “little peck” mode. It isn’t that we don’t love each other; we just have gotten used to the ritual and its sort of like a little-peck-will-do-ya effort. So…

I decided to take the lady’s advice. The next day I introduced my wife to our daily 10 Second Kiss ritual. I can say (gratefully) that it has been well received. After the first couple of times I didn’t have to count in my head any more to be sure we met our time requirement. And it is amazing how those extra seconds can focus you on the one who is in reality the other-half-of-you.

Since Paul exhorts husbands to “love your wives,” I decided I would be the one to take the initiative. I vary the timing so as not to allow this special moment to become encrusted with ritual. My only rule of thumb is that it is to take place after we are up and going in the morning and before we begin to retire in the evening. This helps to make it a memory that lasts through the day! I’m not going to beat myself up if I miss a day—neither will Cynthia, since I didn’t tell her I planned this as a daily thing (and since she does't read my blog or do facebook she won’t know about this unless some of you spill the beans). I’ll just be looking for a moment each day to make “special.”

Anyway, its something I’ll be recommending to married couples. In fact, I’ll be doing a wedding this weekend and plan to give the new husband some instructions along these lines while we await the ceremony. Of course, newlyweds don’t need too much encouragement in this area, but there’s really not that much to talk about in the “green room” just before the ceremony and maybe he’ll remember it in the years ahead. He’s a really neat, smart guy—marrying a beautiful, talented gal.

Try it; you’ll like it! By the way, Oprah’s response to the suggestion was something like, “Forget 10 seconds, how about the 27 second one!” Not a bad idea either!

5 Easy Steps To Wreck Your Life

Posted by Richard Jordan at 5:25 PM No comments:

On the trip back to Chicago I read Dean Koontz's final installment in his Frankenstein trilogy. This mesmerizing rework of one of the classic stories of all time offers an unsettling view of the current state of "scientism," the politicizing of science which has changed its primary goal from knowledge to power.

I was struck by his inclusion, just before the title page, of the following quote from C. S. Lewis' The Abolition of Man. Struck, first by the fact Koontz's is reading Lewis on this issue, but more so by the insight of the quote itself:

"I am very doubtful whether history shows us one example of a man who, having stepped outside traditional morality and attained power, has used that power benevolently."

Going For A Swim

After a great time at camp in California, Cynthia and I have enjoyed a couple of days with our Arizona grandkids (and Rick and Linda, too!). This is definitely not the time of year to visit Arizona! Triple digit temps each day are brutal. This morning about 6:30 it was 92 on the back patio!

We return to Chicago tomorrow afternoon to get back to life there. Cynthia is at Costco at the moment with the kids for a last shopping expedition to get their last school supplies. It is 111 degrees here at the moment; pool temp is 96. I am going for one last swim!

Maranatha!
Posted by Richard Jordan at 9:27 PM No comments:

We are having a wonderful time of spiritual refreshing and also physical relaxation in the San Jacinta mountains. Tahquitz Pines conference center is a beautiful site for a week in the Word! It is quiet--and really dark at night! Stars shine brightly through the soring pine trees at 6K+ feet.

Dan Cobb has the session on PalTalk and there is a good group of P-Ters here. Some are meeting for the first time, putting faces to "names."

John Verstegen indicates he is feeling a bit better but still doesn't know exactly what his problem is. He still suffers the ongoing symptoms but is a testimony that II Cor. 4:7-18 is real in life. His preaching hasn't been adversely affected!

One interesting addition to camp this year is that we are sharing the facilities with a high school football camp from East L.A. Most of these young men have never been outside of the city environment and are having an exciting time. They are part of a ministry that works with teens and have a Christ-focused program. We interact with them mostly during meal times. They are noticeable by their politeness and orderliness. I've talked with their coach and the ministry leader several times and am impressed by what they are doing with these young men. Many of them have trusted Christ, several have shared clear testimonies with me, and have an interest in studying God's Word. We will share a camp-fire with them tonight (if the Forest Service allows the fire) and look forward to pointing them more fully toward grace. It is touching to see that God has His people even in a hot bed environment of inner city turmoil.

I'm only preaching once a day, which is like a vacation for me! Rick and John are doing some really good ministry. It is a wonderful expereince to be taking notes while my own son--and also my "beloved son in the faith"--are teaching! Good to know I'm not too far along to still learn somethings.

Maranatha!
Posted by Richard Jordan at 2:44 PM No comments: 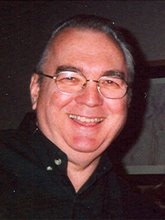